The subject of this painting is three birds, closely related to the rural life of the village. Besides visually provoking our creative spirit, they also have a symbolic meaning. The goose is considered a sunbird, symbolizing life, creation, and rebirth.

It is also associated with female fertility, motherhood, and the desire to “take under its wing”, to take care of family comfort. The rooster is the Sun God in every yard and his presence is a harbinger of prosperity, wealth, and abundance. It is associated with masculine energy and is synonymous with courage and bravery. We were given the opportunity to observe the rural life and culture for a while and while enjoying the pastoral views, these three bird representatives captivated us with their individuality and character.

It all started as a joke with the two of us fooling around, imagining how a superhero from the fantasy movies on TV would supposedly look like if he came from a small village instead of another planet, for example. We both decided that these three birds would be much more efficient than many superheroes and without useless preambles would disarm any intruder. The power of the chasing goose is great and shouldn’t be underestimated. In addition, they look much better than a pile of latex pants and elastic tights.

So, to see how a joke transferred on a canvas can materialize into a painting that brings aesthetics and enjoyment was a successful experiment for us. And since it was a question of culture, rural life and traditions, we could not help but interfere with the Bulgarian symbols and signs embedded in carpet weaving. Kanatitsa is perhaps one of the most popular symbols and motifs used in carpet weaving, especially in the carpets from Chiprovtsi and Kotel(the main regions where carpet weaving takes place in Bulgaria).

This symbol is pretty old and world spread but it can be traced back to the Balkans, where the oldest examples have been found. It is used as a symbol for borders, fences, guardians. That is why the belief is preserved that it performs an apotropaic (protective) function and was used by our ancestors as a way of repelling evil and unclean forces. Therefore, we find it extremely favorable both on the energy and aesthetic level to have such symbols with coding for prosperity, well-being, health, harmony, and hope at home. So, you are welcome to join the gang! 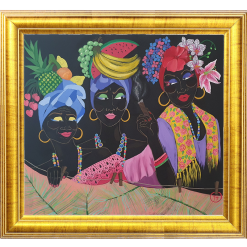 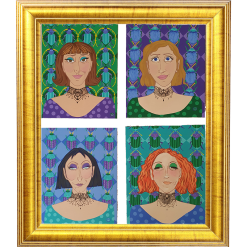 Bugs in my head 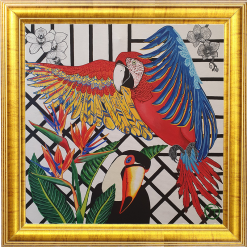 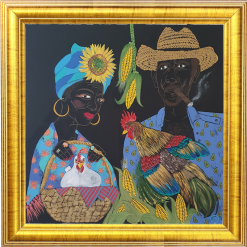